She has a dead-end job, a bland boyfriend, and an incredibly bad attitude. But after reading Robert Louis Stevenson’s classic boy book, Treasure Island, she is inspired to redesign her life around what she calls the novel’s “Core Values”: Boldness, Resolution, Independence, and Horn-Blowing. Needing a talisman on her journey to bolder selfhood, she acquires a parrot who refuses to follow the script, and winds up on a domestic adventure more frightening than anything she’d originally planned. Twisted puppetry by Gemma James-Smith. 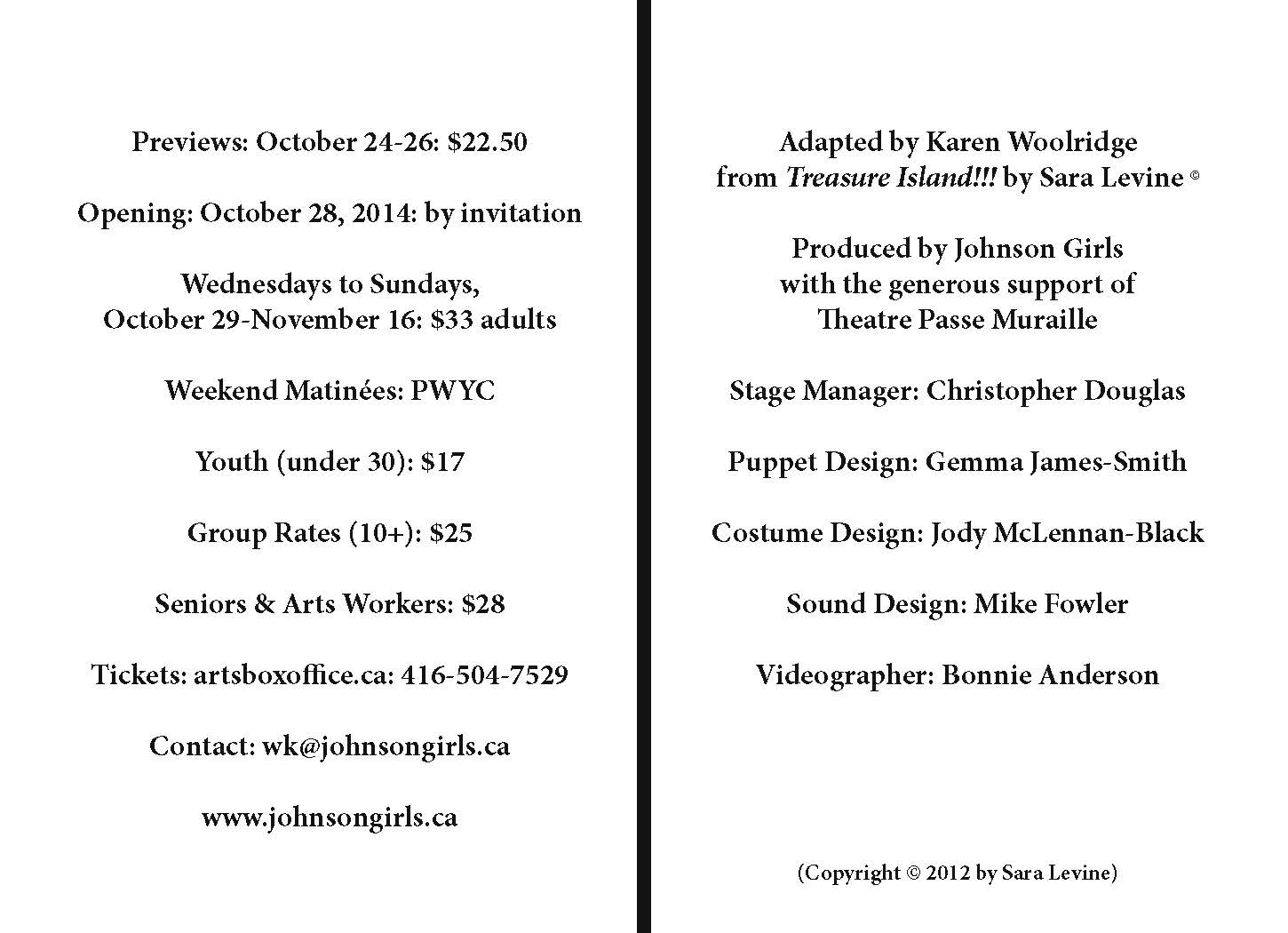 “a quirky, sweet, entertaining night in the theatre” The Slotkin Letter

“a delightful ride” Mooney on Theatre